”I used to be a programmer. Started playing with cameras in the free time. You know, Nature/flowers/dorky stuff. A model friend once invited me to her shoot and asked me at the end what I thought of it.  And I said – it looked like I could have done a better job.”

So begins the interview of one of the most amazingly talented photographers I’ve seen.

Originally from Ukraine, Bogdan Morozovskiy’s work has been featured on a number of magazines, and his specialty in edgy editorial photography is undeniably fireworks to the eye.

TMA presents to you a very insightful interview, loaded with an experienced insider’s tips on posing and everything in between from models throwing tantrums, to how to stand out.

What do you look for when selecting a model?

If it’s a shoot where I get to pick a model- I usually try to pick someone I’ve already worked with. If those are not available –  I look for the best combination of good body, good skin, good hair, book that shows movement and someone with a sense of humor and witty. Has to be excited about the project. If it’s a long shoot and she’s just boring and shows no emotion about the shots- it’s hard to get good energy.

How can a model stand out?

I don’t really think there’s a formula for that. It’s more art than a cookie cutter process. I would like to say that it’s more about personality than looks, but that would be a lie.

How often are models late? And if this affects, then will you hire them again?

Eh. 10-15 minutes is fine. As long it’s not like a sunrise shoot or something on a timer. I don’t stress out about punctuality all that much. A lot of times my shoots run longer than expected, too. Like I said. It’s art. Not a manufacturing line.

What’s your most memorable shoot?

I’m gonna go back to 2010 for that one. A friend of mine Carleen Laronn and I got frustrated with the weather conditions and surroundings in Colorado and we decided to drive to California just to shoot swim.

What do photographers hate most?

People assuming that photographers should work for free/cheap. Just because I enjoy what I do- it doesn’t mean that I should shoot someone for free. It’s a job.

How can great photos help in landing more bookings?

Photos should show that the model is creative. I don’t wanna guide the model on a job and suggest poses.
I’m there to give her the concept and small corrections and worry about my work. She has to model and not be a pretty statue.

Any tips to help a model achieve good photos all the time?

If she has 4-5 poses that she hits perfectly- that will get her good photos all the time. And that may work for some jobs.
But that’s not what the industry is about. I would say try stuff. Crazy, weird, out of the box… Just try it. You won’t get good photos sometimes. But sometimes you will get incredible ones.

Your tips for the aspiring models to overcome shyness and nervousness while in front of the camera?

Go get in shape..? Shyness and nervousness usually comes from insecurity.

In your opinion, at what point could a model be called “confident” other than being “arrogant”?

I feel like there are 2 parts to the whole arrogant thing. It could be just someone’s personality met by insecurity. Hard to be arrogant if someone on the receiving end is confident. So usually the whole arrogance thing can be contained. If someone is flat out rude – different story…

Any tips on how a model can sort out the trustworthy people from the people she can’t trust with her career?

I don’t think one can. You definitely get more shady people on the early stages of the career than when you are actually a model… but the shady people will be everywhere. Whether it’s a pervert photographer, shady agency, client that don’t pay… You can’t avoid running into that. It’s everywhere and every model will have a story.

Was this insightful? Or did I miss out any important question? Please share below through your lovely comments 🙂 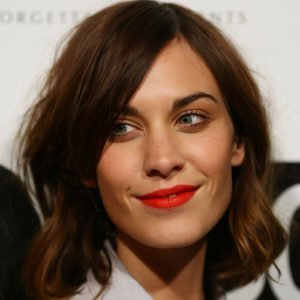 “Shiny” is a word I’d like to describe jewelry—not our skin. In the ongoing quest to banish that telltale sheen...