I love videos that show models behind the scenes! Check out this one with Victoria’s Secret Angels (so lucky!) Candice Swanepoel, Erin Heatherton, and Lindsay Ellingson.

Candice Swanepoel is a South African model best known for her work with Victoria’s Secret as one of the “Angels” since 2010. In 2012, she came in 10th on the Forbes top-earning models list. She was spotted by a model scout in a Durban flea market at age 15.
Erin Heatherton is an American fashion model. She was discovered vacationing on South Beach, Miami, and eventually signed with the Marilyn Agency. She launched her career in New York City and is currently a Victoria’s Secret Angel.
Lindsay Ellingson was discovered on the street and was sent to Paris after a test shoot by her model agency, where she met John Galliano and her career exploded. 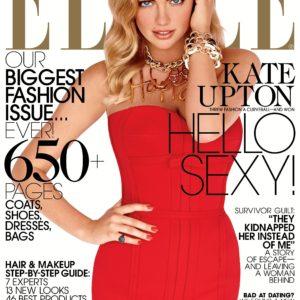 Kate Upton is the cover model of 2013 September edition of the US Elle Magazine. Like most shoots she does, the racy photo...