A Top Model Talks About Underage Girls in the Industry

She’s one of the world’s most sought-after models, but the 19-year-old former ballerina is surprisingly down-to-earth in this video interview with New York Magazine.

As a model, Karlie’s versatility was in full effect, as she showcased everything from ornate, Eastern-inspired gowns from Jean-Paul Gaultier and Elie Saab to mid-century, “black widow” rockabilly tops from Jason Wu.

It’s hard to believe the Chicago-born model is now walking in her ninth season.

Karlie, who started at 15, says she supports the CFDA’s recommendations against hiring models under the age of 16.

“I think it’s great,” said Karlie, “because I started when I was 15. I wish I’d been a little more mature. … In this career there’s a lot you have to handle. But one thing that’s very cool that the CFDA has done this year, that I was a part of, is that they had some of the older girls — and now I guess I’d be one of the older girls — talk to the girls in their first season and … kind of help them get an idea what this week was going to be like.”

“My first season, I remember I was terrified. … I was surrounded by Lily Donaldson and Gemma Ward and Sasha [Pivovarova] and Coco [Rocha] …. These huge icons in my eyes, and they just took me under their wing, and really looked out for me, and I hope that now that I’m a little bit older, I can do the same for the younger girls.” 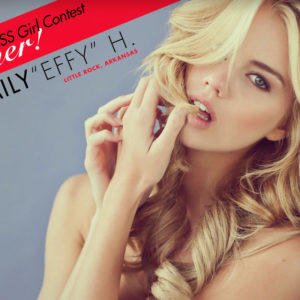