Kate Upton is the cover model of 2013 September edition of the US Elle Magazine. Like most shoots she does, the racy photo shoot exposed her famous curves in a sheer dress adorned with a sequined and feather peacock design.

In the interview, Kate spoke out saying she felt like she was being treated like a toy after her first Sports Illustrated cover came out.

Kate Upton shows off her famous curves in a daring sheer designer dress.

“After my first Sports Illustrated cover, I felt terrible about myself for a solid month. Every single guy I met was either married or about to be married, and I felt like I was their bachelor present or something”, Kate explained.
“I’m not a toy, I’m a human. I’m not here to be used. I am a grown woman, and you need to figure your s**t out”, she added.
She explains how she deals with people who treat her like just another ‘dumb blonde’.
Though Kate was being rumored dating  The Stars professional Maksim Chmerkovsky, the supermodel insisted that her busy schedule doesn’t allow her time for something serious.
“I really have never had a serious relationship in the industry,” she says.
“I’m just having fun. Obviously I have a very busy schedule at this time in my life, and I don’t put relationships as a priority”, she concluded.

Here’s Kate’s video as she shares her behind the scenes experience with US Elle Magazine.

Kate Upton is known for her Sports Illustrated Swimsuit Issue covers. She attended a casting call in Miami for Elite Model Management in 2008 and was signed by them the same day, and she eventually moved to New York City, where she then signed with IMG Models. Kate was named Rookie of the Year following her first SI appearance in 2011 and was the cover model for the 2012 and 2013 issues. 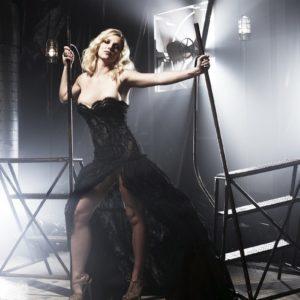 Professional models always make sure that they look their best.  Here's a video from top model Cassandra Bankson, sharing...