Coco Rocha on the Realities of Modeling

It’s so rare that we hear models speaking out about the very-real downsides of the industry, so I want to give a shout-out to a fellow model who’s doing just that.

Supermodel Coco Rocha recently revealed the dark side of fashion modeling to fellow and aspiring models. Does it pay to be picky when you’re starting out as a model? Her startling testimony  about ignored contracts and no-nudity issues is beginning to change the modeling industry.

Although her story of mega success is a rarity, it goes to show that it’s not impossible. In the volatile industry of fashion modeling, Coco Rocha, despite her challenges, is listed as one of the highest-paid “money-girls” in the fashion world, along with supermodels Kate Moss and Heidi Klum.

Early this year, she imparted some words of wisdom to models about the business side of modeling at the Columbia Law School where she shared her personal tips in order to succeed in this industry, including the option of not going nude and not promoting cigarettes.

It was not an easy road traveled. ‘I have a paycheck from 2006 I’m still waiting for!’ she revealed.

Coco speaking about the industry, this year, at age 25 (the age she predicted she’d be washed-up by!)

And Coco’s take on the industry when she was 18 years old:

Why it's better to date models than actors 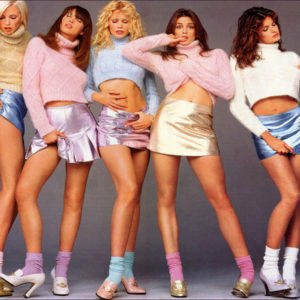 Ages ago, I used to keep a list of funny quotes I came across. They're mostly about beauty and self-image, and I think...