The apple doesn’t fall far from the tree, and we also know that great genes do get passed onto the next generation. And in the modeling world, it happens more often than you imagine. Here are the mother and daughter models:

Natassja Kinski was almost always on the covers of Vogue in the 1980s and even had roles in films such as Paris, Texas. Her daughter with Quincy Jones is no stranger to the limelight. Kenya Kinski-Jones has also appeared on Teen Vogue and Jalouse.

That caption pretty much sums it all up for Billie Rose Owen. Kirsten Owen is the avante-garde model to beat, and while Billi Rose has yet to prove her worth, she and her mother has already appeared on Lanvin campaigns together.

The resemblance between this mother and daughter tandem is crazy. And Ulrikke even gets to be shot by the same photographers at Vogue who cannot get enough of her mom during the peak of her career.

Jeny Howorth’s distinctive punk look cannot be emulated by anyon. But lo and behold, her daughter Georgia has her own kind of steam.

Do you think the daughters of these top models can measure up to their mothers, or better yet, surpass their careers? Let’s sit and watch!

In the meantime, in this video is a daughter that has definitely surpassed her mother’s career, and she’s only nine! We did a feature on her here: Kristina Pimenova.

Say no to frizzy hair this summer! 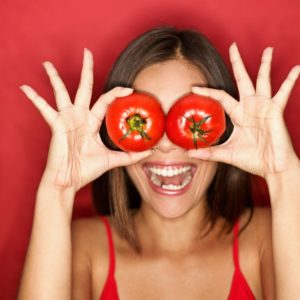 Most of you know what stock photography is, but you may not know that both I and my friend and fellow blogger, Rebecca Givens,...