Born to an ex-Russian football player, Ruslan Pimenov, and former model Glikeriya Shirokova, Kristina has more almost 3 million fans on Facebook and more than 719,000 followers on Instagram. Though both accounts are managed and screened by her mother.

The unfortunate thing is, you can already see inappropriate comments by some people, all of which her mother deletes as soon as she has time. Children who work in an industry such as this where pressure is high and requires on-site shoots should be given all the love and support that they need. They should still be allowed to be children.

Do you remember what you were doing when you were 9 years old? I do! I remember playing along the parks and joining pajama parties and having a makeshift spa and salon at home. I loved reading and visiting zoos and museums and just hanging out watching TV.

But aside from being a model at 9, Kristina is also a gymnast and is competitive at that.

I guess that times are changing and because the generation now is exposed to social media, and the parents are supporting their children, there wouldn’t be any controversies in a couple of years. Times are changing! And if I was blessed with a gorgeous child as well, I can’t see any problem in sharing his/her beauty to the world.

At the end of the day, she is still a child. She enjoys being goofy and still plays around as well. You can see in this candid video of her that in spite of being dubbed as the youngest and most beautiful  model at 9, she is still just a little girl: 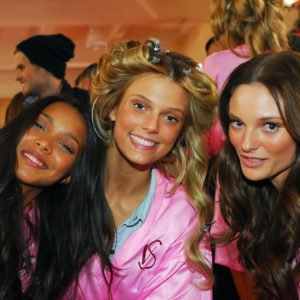 It's Q&A time everyone! I received a question on my Facebook page from Tann: was wondering if you could give me some...