Can You Be a Model If You’re Missing a Limb? YES! Meet Alex Minsky

This 28-year old retired Marine hottie turned Model, Alex Minsky is gonna keep your eyes onto this screen! Not just because of all the tattoos all over his gorgeous body, his biceps, those buns (drools), and his inspiring story will make your heart melt especially for him.

Alexander Minsky was born on November 7, 1988, was raised in California and him being the eldest of the four siblings. He has a height of 5’10, weighs 165 lbs., and have a 32 waistline. He served for two years in the United States Marine Corps from the year 2008 to 2010, ranking as a Corporal and 2nd Battalion unit. He joined war battles like on Global War on Terrorism, Operation Enduring Freedom, and War in Afghanistan in which the tragic accident happened.

He lost his right leg in Afghanistan after his truck hit a roadside bomb. After 47 days in coma with a traumatic brain injury, he started a slow journey towards recovery being in the hospital for a total of 17 months. But then, his drinking problem set him back because of his brother’s death due to drug overdose. Motivated to get out of it, he started going to the gym, keeping his focus on working out. With a twist of events, while doing his session of routine, the photographer, Tom Cullis, approached him and convincing him that he should give modeling a shot.

“I just want people to look at me and not give up, to not quit.” – He says. Having one leg doesn’t hinder him on becoming this person he is now, it even became his asset to his modeling and may even bring him to even a better career.

“And now he’s open to being more than a model, but a role model to other“- ABC News

“Alex wants to be an inspiration to people to move past their disabilities, and don’t give up” – Tom Cullis

Here’s how Alex Minsky is an inspiration:

He’s an inspiration to those who have their disabilities to never give up, and that their disability should not hinder them from doing what they want to do. And by being brave to how they are, it could open up opportunities that they wouldn’t expect. You’ll never know what the world will surprise you 🙂

He’s so adorable! And truly an inspiration! I hope he could influence many more people that have disabilities like him. ????????

Gigi Hadid is so lovely.

The bralette is a classic. You can use it as a top for any bottom! Skirts, shorts, pants. Anything!

Most of this is perfect for a summer look.

Nice tips! I’m glad there’s something we can pair with just flats. It’s a classic pair to use and very comfortable too. Not everyone feels okay wearing heels all the time especially on a busy day. (And you still want to look fabulous.)

I LOVE ALEX SO MUCH! HES AMAAAZINGG!

Believe you can pull it off and you will!!

Can’t wait to try these!!

Most of the stuff here are already in my closet. I’ll check them out!

Yeah, I don’t want to have to buy new stuff all the time.

I hope I can pull this off.

I like that most of this is day-wear and not too revealing. Thanks!

Bralettes are my favorite. They look good in almost anything.????????

I’m on the heavier side so I don’t think this is useful for me.

He really is a role model. It just goes to show that our dreams can be achieved no matter what the circumstances are as long as we try.

Anyone could be a model as long as they have the potantial for it. He surely has the potential regardless of his missing limb. He looks really hot! ?

Alex is an inspiration to all of us. I think a lot of models in the industry are also an inspiration, especially those who had to overcome their flaws and disabilities just to get close to their dreams.

He’s so disciplined because he’s from the marines. His body is really nice as well. There’s no doubt that he’ll become a model with that.

Wow Alex Minsky is so buff. I want a boyfriend just like that!!! ?

I don’t really like men with tattoos. Sorry. But his story really is nice.

That’s quite a career change for him. I bet it’s easier this time around though because compared to being in the marines, modeling should be a walk in the park for him.

I honestly don’t think it’s a walk in the park. It’s going to be difficult since he will be scrutinized for everything.

Of course he can be a model! Just look at that body and face! He’s so sexy!

I can’t even tell that he’s lost a limb if he’s not going to wear shorts. I bet brands would love him a lot. He looks the the perfect male model, if you ask me. 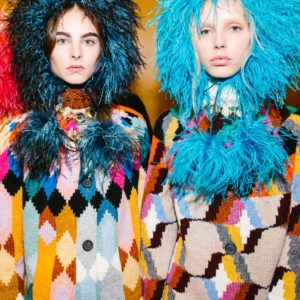 One of my fav designer brands is Prada. Not only have they been a globe trendsetter for decades, but their down-to-earth...