This pretty angelic face, Katherine Elizabeth Upton, 25 years old, born in Michigan, U.S., is now known as a famous actress and a bikini model. At the age of 20 she has burst out from nowhere to earning an estimated £2million as the world’s No1 bikini model – and is expected to rake in £50million.

The guys from her school said that they never gave her a second look. (seriously?!) Well, look who’s drooling now!

Kate grew up from a small town in St. Joseph, Michigan, born on June 10th, 1992. This geeky-girl was a YouTube phenomenon. In record time the glamour world’s new darling, with her 36DD chest, has leaped ahead of established names to become the most in-demand supermodel. Celebrities are in competition to date her, top designers are lining up to sign her and she is being hailed as the sexiest ever US Sports Illustrated magazine cover girl.

She had her fame in shortcut by having millions of fan base from her YouTube dance videos. By the age of 16, she was signed up by the Elite agency after going to an audition in 2008. She struggled initially to find work as a catalogue model.

Her fast climb to success happened after she posted a video of herself at a Los Angeles Clippers basketball game doing the dougie, a dance popularized in a tune by Cali Swag District. It became a YouTube sensation after it went viral and getting more than three million views plus gaining her Twitter, 170,000 followers. Another YouTube dance, this time to the Rej3ctz’s song Cat Daddy, also gained viewers.

A modelling website publisher Wayne Sterling said: “We all know that social media now creates its own reality. If you become a YouTube star among teenagers you have even more recognize-ability than a TV star. Kate Upton is the perfect example of that.”

Those sexy curves of her body reminds us the 1950’s film stars such as Mansfield and Marilyn Monroe rather than some of the stick-thin youngsters on today’s catwalks. Some of her former schoolmates describe her as being an average B-grade student. None of them even recall an eye-catching cleavage or a sexy figure from her uniform of white oxford shirt and green plaid kilt. Instead they remember a flat-chested “nerdy looking” teen. Another classmate was stunned by her sudden rise to stardom and said, “She definitely wasn’t the prettiest girl in school.”

In a one US magazine interview she said, “I don’t really know what the appeal is about boobs but I do know that when I was in junior high I used to be made fun of for being flat-chested. Everyone would go, ‘She’s not pretty! She doesn’t have boobs!’ So I always had boob envy. And when finally I went through my growth spurt and they appeared I just loved them. So that’s why I like boobs, because I didn’t have them and then I got ’em.”

Now, you can see her appear in movies like The Other Woman (2014) and and Wild Man (2017), in T.V shows, and even had awards and nominations. It may be a fast track to success but she gave her best to deserve her fame.

5 Steps to Be A Model

Guide To Choosing The Best Hair Color For Your Skin Tone

Kate Upton is really beautiful. Most stars really start from nothing to stardom. It’s really great. I think they’re the best because they’re humble and they know where they’re from.

I’m glad that she’s not skin and bones. Women need to know that being sexy or beautiful is not what we think it is.

I love Kate! I love her movies and she’s really dazzling.?

She’s a very inspirational woman. She loves her body and that’s why she appears to be confident no matter what. We should be like her.

I look up to Kate Upton. I really wish I could be a Supermodel like her in the future.

I can only dream to be in Upton’s shoes.

Same, but maybe we should just keep in mind that we can succeed too if we do what we do best.

Nice. I never knew that Kate came from something like this. I’ve always thought that she was amazing though.?

Kate Upton really worked hard for what she’s achieved. She deserves all of this fame. I support her all the way.

Such a mesmerizing woman. She’s my favorite supermodel of all time. 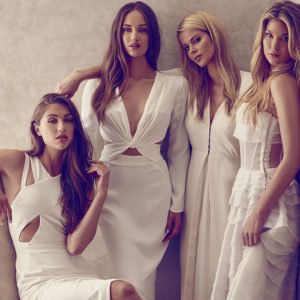 5 Steps to Be A Model

We all know how hard it is to become a model. With all those wardrobes that you need to look good into, the signature...