I have a love/hate relationship with Fashion Week, as most models do. On one hand, I’m so super busy going on castings – which sucks, and then not landing the shows I wanted to sucks, but then getting booked is AMAZING and makes me feel like a million bucks.

I adore Kate Upton, and it seems fitting that as the festive New York Mercedes-Benz Fashion Week kicked off, Kate Upton was named Model of the Year 2013 at the 10th Annual Style Awards. The award was handed to her by no other than the fashion runway veteran, Christie Brinkley. (So jealous!)

Kate Upton started her modeling career at the age of 12 back in Florida. What boosted her to fashion stardom was her first feature on the (obviously highly coveted) cover of Sports Illustrated Swimsuit magazine.

Sooooo much buzz has been going on about Kate’s rise to fame. Was the award well deserved? The decision is a unanimous “Yes!” Much like myself, Kate isn’t at all shy about self-promotion – and nor should she be! She’s active Twitter and YouTube, and her image is seen all over the internet going viral – a perfect example of someone who’s serious and passionate about her modeling career — and a model from whom aspiring models can definitely learn from.

It may seem like instant and easy fame, since in the past two years she was featured on Sports Illustrated, American Vogue, Elle, Vanity Fair’s 100th anniversary issue, but the  road to fame wasn’t thoroughly a smooth ride for her. Read about what Kate Upton has to say on being featured on racy photos.

How to Perfect Your Runway Strut 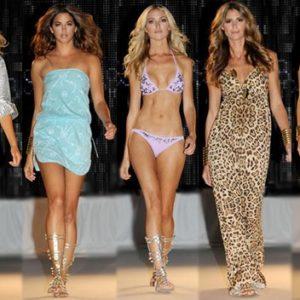 How to Perfect Your Runway Strut

Want to have a runway walk like the girls on the Gucci runway? Wondering how top models do it? I learned by watching videos...