Kate Moss’ Career, from its Frustrating Start — to Making $20 Mil/Year at Age 39!

This wonderfully refreshing news proves that real supermodels don’t just die off after age 30, and if you make a name for yourself, you won’t have to worry about being irrelevant – seemingly ever!

Kate Moss, like most of her top model peers, makes most of her money from lucrative endorsement deals (like her 10-year-contract with Rimmel) and collaborations. This season she’s also the face of Versace, Stuart Weitzman and Liu Jo.

Despite no longer having perfect skin, and being 39 years old, her total earnings at the end of October last year was $18.3 million – almost triple what she made in 2010. Exciting news for models everywhere!

Check her out at the beginning of her career and now, below.

Kate Moss is an English model who rose to fame in the early 1990s as part of the heroin chic fashion trend. She is known for her waifish figure, famous boyfriends, hard partying, and role in size zero fashion.

Below is a fascinating interview with Kate Moss about her career, how hard it was starting out, dealing with the press, etc. Calvin Klein also talks about how Kate got her start. I love how fresh and baby-faced she is – stunning! 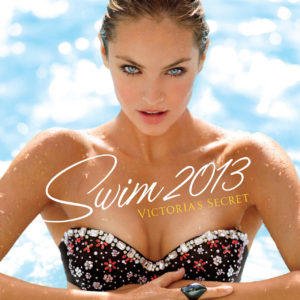 I love videos that show models behind the scenes! Check out this one with Victoria's Secret Angels (so lucky!) Candice Swanepoel,...