This is Gigi Hadid sans makeup. She can be your neighbor, the girl-next-door, your seatmate in Spanish class, or someone you bumped into at the grocery. She can even be walking on the street with you right now.

But the only problem is, she isn’t. Her popularity and her career makes her stand out. She’s one of the fastest rising models in today’s industry. Everywhere she go, people will know her. And another reason why she stands out is because she possesses this body.

You might be wondering what I’m talking about. It’s about Gigi’s open letter to her body shamers that she posted on Instagram. I want you all to stop thinking about Gigi Hadid the model and think of Gigi Hadid the twenty year old girl who lost her later teenage years to working. Think of Gigi as someone you see behind a fast-food chain counter. Think of her as your neighbor’s visiting niece. Do you think she deserves the body shaming?

Frankly, I think that there is no reason to body shame anyone, let alone a public figure. We have no idea what great lengths Gigi does to keep her figure in order for her to work and pursue her dreams as a model. What would you do if somebody tells you that you aren’t good enough for a dream that you’re pursuing? And people telling you that you aren’t good enough in spite of your efforts? Well, that’s what you do when you body shame models.

She couldn’t have said this response any better. Hats off to you, Gigi. And for anyone out there who wants to body shame anyone, anyone at all, put yourself in their shoes.

Gigi Hadid is a just like any other teenager. If she’s any different it’s probably because she worked really young. Watch this video and see for yourself:

Kendall Jenner joins the ranks of Gisele and Kate 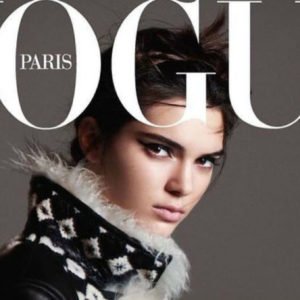 Kendall Jenner joins the ranks of Gisele and Kate

Kendall Jenner is now a bonafide supermodel. Who would've thought that being the daughter of Bruce/Caitlyn...