Paris, France, one of the fashion capitals of the world, bids au revoir to too thin, anorexic models.

It’s not something new in the modeling and fashion world. We have all heard the news before. Italy, Israel, and Spain have passed the same law. And in spite of opposition, the law has been passed in France just last Friday. Does this really mean that something is wrong with the industry?

Who cannot model in France?

If you want to be a model in France, you need to be possessing all of the following physical attributes:

BMI: greater than or equal to 18

This is for the minimum height (5.7 feet) requirement for a model.

What does the French law say?

The consequences are quite brutal. If the modeling agency or any fashion designer or any company hires a model that doesn’t fit the standards imposed by law, they will be fined a whopping 75,000 euros ($82,000) and can be in jail for up to six months. This amount might be nothing to what the companies earn, but, of course, nobody wants to be locked up in prison.

This amount might be nothing to what the companies earn, but of course, nobody wants to be locked up in prison.

And weight loss advisers, beware! If you post an article online that advises readers to

“seek excessive thinness by encouraging eating restrictions for a prolonged period of time, resulting in risk of mortality or damage to health,”

you might be facing one year of jail time and €100,000 worth of fines. Better to be advising people on being healthy and staying fit than trying to lose lots and lots of weight.

Why is this happening?

Anorexia is a serious problem that the modeling industry faces. And not only that, an estimated 30,000-40,000 people living in France are said to be suffering from anorexia. And the worse news is that most of them are French teenagers.This could be one of France’s way to combat the growing number of anorexics in the country.

Here’s a video about the dangerous methods models use to stay so skinny:

Do you think that putting a ban on too thin models to be appearing in ads, shows, and commercials will also change people’s attitude on weight? 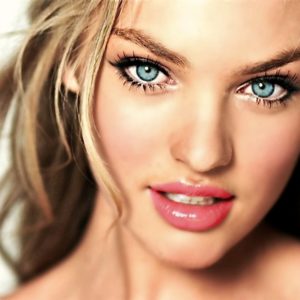 Even as a model, I still find myself adoring my colleagues, and Candice Swanepoel is just heaven sent. The modeling industry...