Ford Models, with almost 70 years of experience in the modeling industry, is one of the oldest modeling agencies around.

Founded in 1946 by Eileen and Gerard Ford, their first office was in New York. Now they have branched out to Los Angeles, Paris, Miami, and Chicago.

Here’s the Ford couple looking as dashing as ever:

And here are some of the Ford Models who became celebrities after being discovered:

This news anchor used to be a model  at age 10 and worked for three years. He modeled for Calvin Klein, Ralph Lauren, and Macy’s.

Lindsay was signed by Ford Models at the tender age of 13.

Back when she was still called Lizzi Grant, Lana modeled for Ford teens.

Supermodel Naomi Campbell started with Ford Models at the age of 15.

This Friends star used to model for Ford.

It’s no secret that Amanda Bynes signed with Ford Models at thirteen years of age.

These celebrities were scouted by Ford long before they became celebrities. It’s no wonder the agency is one of the sought after in the world. They have the eye for talent.

Would you like to be a Ford model? Watch this video and get some tips from the scouts themselves:

Send in your photos now! fordmodels.com

Plus Size Model no More 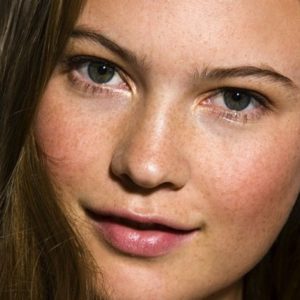 Behati Prinsloo Levine. Or however married couples do the name changing these days. This South African born, Namibian...