Now here is one supermodel that broke the mould and shook the modeling industry to the core. Wondering how? Before I go any further, check out the picture below.

What do you see?

Yep, that’s a man alright. NOT!

Meet Elliott Sailor. This 31 year old female model’s career followed your typical successful modeling trajectory, until she decided to steer away from the traditional route and launch a new modeling career.

By chopping off her long locks to start modeling as a (very convincing) man.

(Also thanks to her androgynous look.)

So what inspired her to switch from modeling women’s clothing to traverse the less lucrative world of male modeling? And wasn’t it concerning that doing so would result into losing all the clients she had as a female model?

Well, yes she was concerned. And when quizzed on her motivations for the transformation, here’s what she had to say:

”It started out as something I thought would be very cool and a great idea and kind of a revitalization, not just of my career but of fashion and what’s possible. I wanted to create an opportunity to design not just my career, but my life.”

While she did lose her womenswear client after switching over to male modeling, Sailors discovered that she could extend her career in this new gender role, rather than try to extend her tenure in the youth-obsessed female modeling world.

”In the industry, females are expected to look younger longer than the males are. And I knew I was getting older. Thirty-one is slightly ‘old’ for female models, but male models do have a bit more wiggle room.”

Are we not living in an age where there is gender equality?

I totally support the point she is making that a male model can model at an age when the female counterparts are regarded old. Its high time that such notions be changed. Because we really, badly need  greater diversity among female models.

Here’s a Q&A session where the model discussed at depth about her life changing decision.

Isn’t she awesome or what?

8 Things You Should NEVER Do When Making Your Portfolio 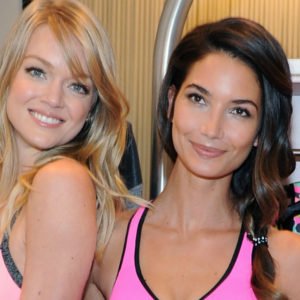 In my career of being a fashion model for quite a few years now, I have always been a healthy size. I never follow any weird...