Lately, singers have been invited to collaborate on limited-edition collections. Zayn Malik, the famous singer, former member of the band One Direction, is dating it-girl Gigi Hadid.

In October 2016, Zayn was chosen to be the creative director of a Versace capsule collection. His collection featured his girlfriend in the ads and was launched in May 2017. A few months after releasing his first line, we are now discovering his second addition.

The look of this collection is a mix of streetwear and sportswear. The main print is the ZXV, with letters in an adhesive tape style.

“A true collaboration between two icons, the attitude of Zayn’s personal style with the energy of today’s Versus tribe” – Versace

While Gigi Hadid was taking shots of her bae wearing the clothes – later published on the singer’s Instagram – her sister was landing the Versus contract. Indeed Bella Hadid is the new faces of the collection, and she rocks it!

Here is the #ZAYNXVERSUS video:

Modeling Hacks: How to Get Camera Ready

Zayne looks nice there. Not a fan of him but come on people, he looks hot there!

Versace is a great brand. I used to think celeb collabs aren’t that effective, but I guess people who like or are fans of Zayne will buy these clothes.

Celeb collabs only last until the fame of the celeb. Zayne isn’t all that famous anymore.

Versace just wants to get all hip. I don’t buy clothes based on celebrities.

I like Gigi Hadid better than Zayne. Just because they date(d) it doesn’t mean it’s the same.

Versace isn’t exactly an “in” brand even with the luxurious name. Sometimes I feel like Versace is for old people.

That’s what we usually think for luxury brands. Even Chanel feels like it’s for old people to collect, lol.

This brand has evolved a lot during the years. I swear they’re reaching out to every generation possible now. I love this collab! ❤️

Geez I hate One Direction. ? Even if they’ve matured now, they all feel like Disney to me.

Zayne is so good looking. I really like him as a model than a singer. I know that’s a terrible thought! 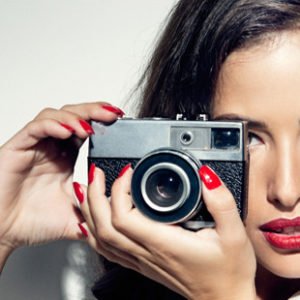 Modeling Hacks: How to Get Camera Ready

Ready? Smile! Look at this side. Chin up. Pose! That's it. One more. Another one! Pose!" You have to know your best angles...