Cultural appropriation, that’s what the deal is. The internet got so upset about Elle Canada’s post on the dashiki, with the hashtag #mycultureisnotcouture.

Sometimes, the fashion industry is just not sensitive to culture and tradition. This top is a piece from Forever 21, and the odd thing is that Forever 21 doesn’t even call it dashiki.

The post that went viral was because Elle Canada captioned it with this, “The dashiki, everyone. Behold the newest It-item of note.”

And people from all over the world didn’t actually respond nicely.

And there are really some great responses, such as this, explaining why this is totally inappropriate:

Time and time again, we are reminded to read more than ten times what we write. The internet is harsh, yes. But using a term that is closely related to culture is harsher to the people being affected by it. Haven’t fashion learned enough from Chanel’s feather headdresses?

What do you guys think?

And here is a video from Elle Canada. Sure, they have the creative license to do anything that they want, such as this video, but they still have way too much to learn.

Who is Emily Ratajkowski?

Move over Cara, you ain't the only model who can do Hollywood! 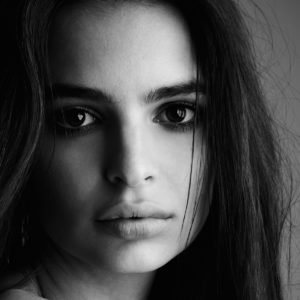 Who is Emily Ratajkowski?

Who is Emily Ratajkowski?   We've seen her on the new roster of Victoria's Secret Angels. We've also seen...