Everyone has flaws. It makes us human and that’s how it really is. Being a model, as per the word itself, it requires some sort of ideal perfection in order to be considered a model.

Being a model is not easy, especially if you’re a person who has visible flaws that are impossible to hide. However, the era that we’re now in is where flaws are being celebrated. They are no longer the chip in the glass, but an important aspect that separates a model amongst the crowd.

From those pre-teens who were teased for having limbs that are way too long to be proportionate to their body, to those who felt like their hands were too slender and long for their arms, up to those who had elongated necks that made their heads look too big for their body, also to those buck-toothed girls or those who have gaps in their front teeth– you are now being celebrated.

These women no longer have to be shy because of flaws that they were born with.

These young ladies that we now see confidently posing in magazines, billboards and advertisements aren’t as confident in the past like how we see them now. Some of them grew up being constantly teased and bullied for flaws they had no faults on. But look at them now, probably envied by most because they look so good and dolled up on their photos! We’re all thankful that flaws are no longer flaws now.

All we see now are confident women who strut and walk the catwalk, pose and get featured on billboards and earn thousands and millions just so people can see their uniqueness. This is the world that we all want to be in! Perfection isn’t a thing anymore. (or is it still?) Well, at least we have this now!

I really do wish that the industry will learn to appreciate more women out there who aspire to be Top Models someday. Whatever skin they’re in, whatever flaws they think they might have; we should celebrate them. They’re no longer flaws, but a beauty mark that serves as their own branding of who they are as an inspiration to beauty and fashion.

Modeling Tips: How To Prepare For A Photo Shoot

I didn’t realize this until now. I do see big brands using some of these models and the ads look fantastic.

All these women are beautiful just like most of us are.

It’s good to know that the industry is now seeing women like how they should really be. Flaws shouldn’t define someone negatively.

I love this! More companies or brands should give all of these women a chance to bloom with whatever beauty marks they have.

For the aspiring models, they should read this. It will open their eyes to the reality that they don’t have to be perfect in order to be successful in the modeling industry.

Success comes from the effort they put in doing their best in every project they take.

Thank you for realizing that even those who were bullied and mocked in the past because of their physical appearances can be successful in their own respective fields.

I’m glad that these models are there to inspire all of us.

I know! I feel proud of them as a woman. 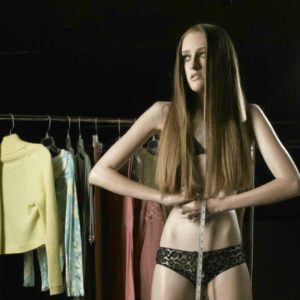 When I was a child I was always taught to sit up straight, don’t drop your shoulders and don’t slouch your back. It was probably...