Models always look like they’re living the dream. Strutting down the catwalks of Paris, New York, and Milan in the most beautiful, expensive clothes that money can ever buy. It saddens me because, behind every travel goals that we see in their social media, or how glamorous they always look on camera, a lot of models are earning mere pocket money. There’s an unspoken catwalk misery and debt slavery that we have yet to see. 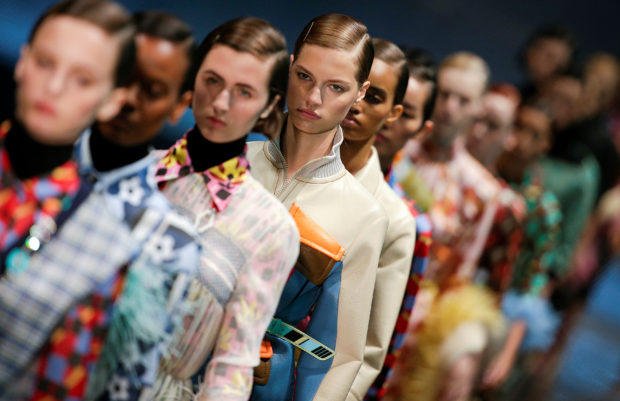 I know that I wrote on a previous article about how much models get paid and even put a disclaimer that the rates can vary depending on the agency and how in-demand you are. I mentioned that money isn’t everything and that if you are new in the industry, you shouldn’t always expect monetary compensations. I also said, “know your worth”. Maybe I could be misunderstood by those words because it doesn’t speak too much of the truth behind this industry. I didn’t want to discourage most of you in pursuing your modeling dreams by saying that sometimes, you won’t be paid.

My readers would probably say, “But Sarah, isn’t modeling a JOB? Why should we not get paid?!”. The thing is, behind all the glamour and travel, a lot of models are earning mere pocket money because they’re tied by debt to their agencies and are afraid to admit what they owe.

“The worst thing is that it is impossible to talk about because in this industry people only want to work with ‘successful’ girls,” said 26-year-old Clara, who has appeared in Vogue and walked for big labels like Prada, Rick Owens, and Comme des Garcons.

Clara is a London-based model and she admitted to being deeply in debt to her agencies in New York and Paris. Other models claimed that they were often paid only in clothes and handbags. Models were “almost never paid” for fashion magazine shoots. In my opinion, this can be very accurate if you’re new to the industry and agencies want to help you build your portfolio. However, as things progress in your career, monetary compensation should also be done. Despite a couple of free shoots in exchange for exposure or other goodies, getting paid is necessary. Honestly, it is up to you and your agency to discuss these matters. If you think you are not going anywhere with your career because your agency is hindering you from being your best, you might want to re-think your path and your relationship with your agency. Again, know your worth. I do understand that some models feel trapped. Most agencies promise these models so much and they feel like getting into another agency can be difficult. Again, know your worth and know where you stand.

There is a Model Law made by the model rights group that was set up earlier this year in Paris. It is said that debt is considered a bigger taboo than sexual harassment since the #MeToo movement has gone viral all over social media.

“I am still in debt to my agencies in Paris and New York although I have since done many jobs through them. For instance, I was in a big Paris show which had a 1,100-euro fee, of which I got only 400. And I didn’t see any of that because it was taken off my debt.” – Clara

The group’s co-founder Ekaterina Ozhiganova is a Paris catwalk regular and said it was time to put an end to the years of abuse and dubious practices that are going against the labor laws. Clara told the AFP that she began modeling when she was still at school and that on her first Paris fashion week, her agency gave her a car for castings in which she shared with other models from the big Airbnb apartment they were put in. To her surprise, she learned that she was paying 300 euros ($350) a day for the driver. She had signed the contract and was already 3,000 euros in debt by the end of the week. Not only that but the ‘models’ apartment that they stay in charges you $50 a night for a room that you share with others. At the end of the week, Clara ended up going home $8,000 in the red. They also said that every model from overseas starts by being in debt because the work visa is very expensive. 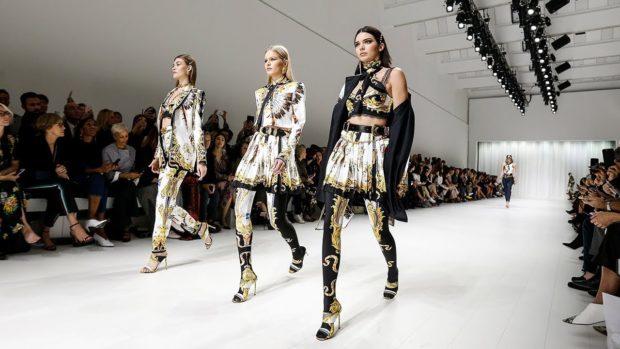 Clara still insisted that she is doing better than most models who are 16 and could hardly speak English and from poor backgrounds. Another two highly experienced US models also described that the industry is enslaving them because agencies take the lion’s share of their earnings. One 24-year-old American model who has appeared in Dior, Issey Miyake, Balmain, and Off-White shows, said debt had also shaped her personal life. Only 2% of the models in the industry are doing well, which is a very alarming percentage.

These models are hoping that Model Law can help with the stigma of speaking out in an industry where you are quickly labeled. Unpaid work was the bane of models’ lives and it continues to be up to date.

“People imagine models earn lots of money, but that is absolutely not true. It’s only the case for about two percent of girls”, with male models even worse paid.

Model Law is currently in talks with a French union and has already met with Synam, the body that represents French model agencies. Synam’s chief Isabelle Saint-Felix even admitted that Model Law had justified demands which includes employment regulations that should be translated into English. Given that most models working in Paris don’t even speak French. Isabelle also talked about how the claims should be narrowed and the demands should not be general. 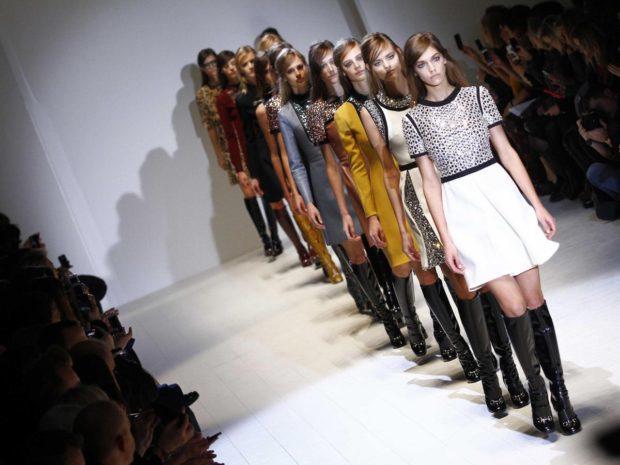 First and foremost, I want to remind all of you to know your rights as a model and as a person. Don’t be afraid to speak. There will be consequences for that, but there are times that the consequences can reap great rewards if done the right way. This is the reality of the modeling industry that we all have to live in, but that doesn’t mean that we’re just going to watch it fall apart along with our dreams. I think it’s time for models to speak the truth and change the industry. It is up to us to seek the change and make it happen. Don’t be afraid, I know that each and every one of us has each other’s backs!

Hair Care 101: How To Get Supermodel Healthy Hair

This is why reading (and being able to read) the contract is really important. This isn’t your regular terms and conditions on an app that we usually disregard. If you miss one item and even the smallest fine print, you’re bound to encounter problems.

I really hope that most of us don’t have to learn this the hard way.

Why is this unregulated? Other industries have laws that everyone has to abide to, even the biggest and smallest corporations have to. Why is the modeling industry so unregulated?

The modeling industry is huge, yet proper laws aren’t a thing in order to protect models? They’re all over media and advertisements. It’s so unreal that these things still happen.?

I’m not a model but I think agencies should inform you about hidden charges like that. I don’t want to blame models on this but nothing is free anymore. If there was one time that you already encountered additional charges, I think it’s better to ask the 2nd time around.

Let’s face it, agencies profit from those things, so why would they inform you on purpose?

Your agencies are incompetent if they’re doing this to you. I’m just wondering if it’s even possible to not be in an agency?

This is so devastating. Sarah, I know you’re not trying to discourage us because who knows, we might end up in those 2% percentage of successful models. But it scares me that I won’t be able to live a normal life if I still become a model. I want to be able to earn a generous amount of money so that I can build a future for myself. ?

Let’s just say that it’s always a risk that you have to be willing to take. If being a model is what you really want, you have to be prepared for the pros and cons.

While it’s fun to get handbags or any other compensation, you can’t really use that handbag to pay for your bills.

Your agency will be your bestfriend. Find one that you can really trust because that’s the only time that you will be earning nicely. If you can’t even trust your agency to be transparent about additional costs, you can’t trust them with your career.

Exactly!! How come they still stick with those agencies that charge them so much??!!

The problem with having debts in an agency is that you can’t leave because you’re in debt. It piles up and it piles up until you can’t even leave!!?

It’s unfair because these brands are big but they can’t even treat their models right. It angers me! ?

Whether the contract is in French or English, it should be explained by your agency. Seriously, how do they expect you to even sign something you don’t understand?

Only celebrities are part of that 2%. Are you kidding us????

I thought the modeling industry needs more fresh faces, then how come they only want to work with already successful girls?

I don’t know how or why those models were fooled, but how come they didn’t do anything? In restaurants we even question our bills and yet they can’t even question their agencies about this? Not sure why they let other people do that to them.

It’s their right to ask about the contract contents if they don’t understand the language. Were they told to not question anything? I find that very hard to believe.? Not that I’m blaming her, but she’s also responsible for what happened.

If you really try to imagine the situation, they didn’t have a choice but to sign it. In modeling, you have to give almost anything a go just so you can get exposure and more projects.

We can always ask questions. But most of the time, it’s a matter of needing to accept it. You’re in a country that’s far away from your hometown, you know that it’s your agency that took you there even though you practically paid for it (sometimes), and you are in a situation wherein you just can’t say no or you’ll lose the job, what are these young models supposed to do? These were situations that were deemed uncontrollable.

I really hope that they should balance the monetary with handbags and all. ?

I don’t think I can ever handle that kind of job that’s so unstable. Bills are constant and my landlord doesn’t accept hand bags HAHAHA. So does the restaurant I wanted to eat in, nope, they like cash. 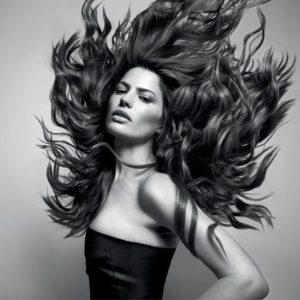 Hair Care 101: How To Get Supermodel Healthy Hair

Being a model is synonymous with constant hair styling several times daily, which results in damaged hair. If you don't...