This Vogue cover looks familiar? If you haven’t seen it yet, well that’s because it hasn’t been released on stands until July. But we’ve been seeing it online lately as this is Cara Delevingne’s first solo Vogue cover.

Cara’s Hollywood pals are crazy about it and congratulating her:

With everything that’s going on with Cara’s Hollywood career, does she even want to go back to modeling? In an interview by Vogue, she says that acting has always been her first love.

The thrill of acting is making a character real. Modeling is the opposite of real. It’s being fake in front of the camera.

Who can blame her? She’s always been the most real of the models. In fact, most people say that modeling is a difficult job because you only show who your job let’s you be. Showing your true self is either going to get you dropped off of campaigns, or have difficulties getting shoots or shows.

If you’ve been following Cara’s Twitter, Instagram, or Facebook, you know that she’s never kept from the public how much she loves junk food. The funny thing is, for her new movie, she needs to be really ripped and is on strict restrictions to eat right.

“But can you believe that?” she goes on. “That I have to exercise restraint after I’ve succeeded in a business where for years I had no restraint, where the whole point was excess?”

So she’s on a controlled diet for now. But seeing as she’s survived on junk food and has made it this far in the industry, she’ll probably go back on that horse once her new movie is done shooting.

These are just a few bits of what Cara shared on her interview and some more on the July Vogue issue. I’m definitely going to grab a copy and read more about Cara!

If you want to hear more about Cara’s love for acting, watch this video: 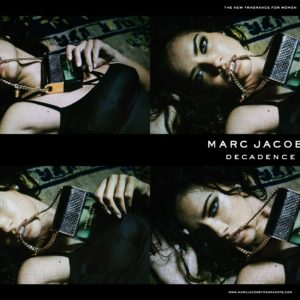 Okay so my headline might be a little heavy with information so let me break it down for you. Marc Jacob's launched a new fragrance,...